PSYCHOLOGICAL EFFECTS OF TECHNOLOGY USE ON TEENS

There is sure no doubt that technological advancements have caused several psychological effects on teenagers (young adults).

Here in this article, we will consider discussing some of the psychological effects of technology use in teens.

You will agree with me that since the emergence of technology and development though, so many advantages and benefits came along with them so also did they cause some effects in the lives of man.

Well, there is a good aspect of technology just like there is also a bad aspect of it and that is what we will focus on in this article.

However, if this seems like what you will like to learn then consider reading this article from beginning to the end to get all the insight.

3 PSYCHOLOGICAL EFFECTS OF TECHNOLOGY USE ON TEENS

Below are some of the negative psychological effects that technology use tends to cause among teenagers.

It is no longer news that people who feel isolated now and then have greatly increased about doubly times the number in the past decade.

Though, you may likely want to doubt this because there is the presence of social media such as Facebook, Twitter, and Instagram, do you also know that most social media addicts who spend time actively on one social media platform or the other complain of suffering from isolation?

In other words, this also drastically reduces social interaction among people and this psychological effect is predominant among teenagers in the U.S.

IT CAN LEAD TO ADDICTION

Have you ever been strongly addicted to something? It could either be watching too much late night films, consuming hard drugs for one purpose or the other, or drinking too much coffee whichever one you do is not good and can damage your health.

So many teenagers around the world suffer from technology addiction most especially in the aspect of using social media.

Most teenagers now spend most of their time on the internet watching pornography and in general x rated content which naturally should be kept away from children.

They get used to them and they suddenly develop bad habits in most cases doing what is wrong and causing harm to their health both mentally, psychologically, emotionally, and physically.

We see vices in our everyday life as gradually it is becoming a part of our daily lives. We watch them in movies and music videos. We also come across them in newspapers, magazines, and so on.

It is extremely difficult to keep a close eye on what you know you can’t control and the worst part is that even teenagers between the age of 12 -19 get to notice this around them.

They also suffer from it when they try to imitate what they see around them in their environment amongst themselves, making them build toxic relationships with their peers, therefore causing harm and becoming a nuisance in society at large.

There are so many other types of psychological effects the use of technology causes in teenagers, but for the sake of this article, we decided to expose just three of them.

Society is gradually crumbling due to the huge effect that technology causes on people.

And sadly teenagers tend to make up a big number of the people in societies who suffer the most from the use of technology.

Tags
Psychological Effects of Technology Use in Teens 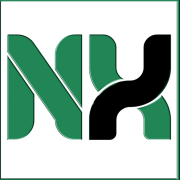